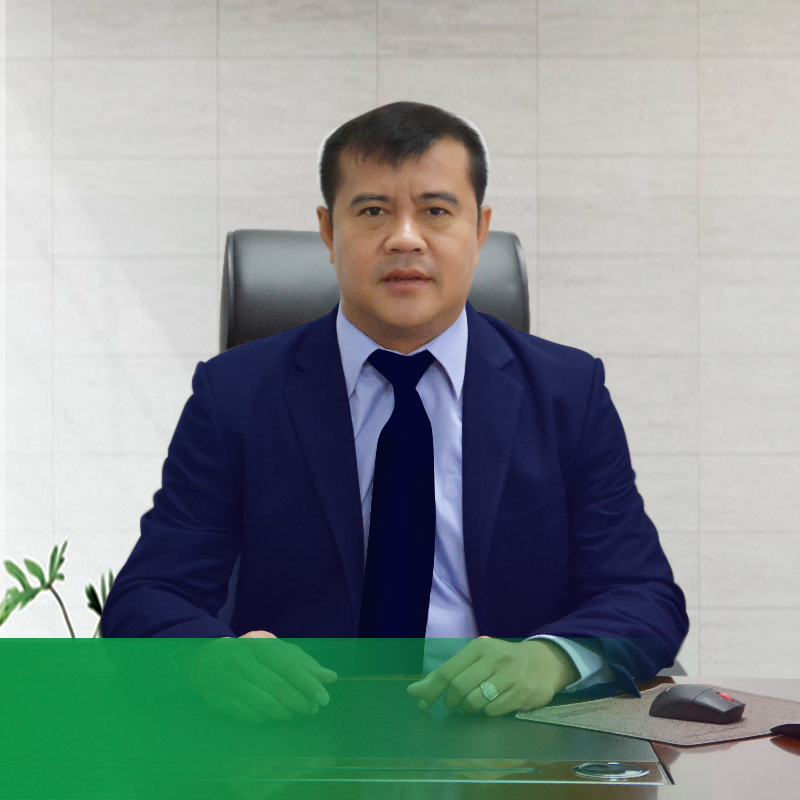 His Excellency Dr. KAO Thach, Delegate of Royal Government of Cambodia, is the Chief Executive Officer and a member of the Board of Directors of ARDB.

In addition to his current duties, he is a member of the Supreme National Economic Council, with equivalent rank to the Secretary of State, and an arbitrator of the Arbitration Council. Prior to joining ARDB, H.E was a Deputy Director General of the Securities and Exchange Commission of Cambodia with the equivalent rank as the Under-Secretary of State (in charge of the Department of Legal Affairs and the Intermediary Inspection Department), formerly the Chief of Office of the Financial Marketing at the Department of Financial Industry and Member of the Technical Working Group on Financial sector, representing the Ministry of Economy and Finance under the ASEAN Framework for Capital Market Development such as ABMI, ACMF and Financial Services Liberalization.

H.E has been involved in drafting the Law on Public Securities and the Law on the Issuance and Trading of Non-government Securities, as well as being a member of the working group in charge of preparing the financial sector development strategy from 2006 to 2015 and 2011 to 2020. From 1999 to 2003 he was a legal officer at the Ministry of Justice and a clerk in Koh Kong province.

For his academic background, H.E received his PhD in Public Policy from the University of Cambodia (Cambodia) in 2021, completed the dissertation in “The Role of Securities Regulators in Efficient Supervision and Regulation of the Securities Market in Cambodia” and his PhD in Administration. Business (DBA) from EU Business School (Switzerland) in 2018.

H.E obtained a master’s degree in Law from Bond University (Australia) in 2002, majoring in International Trade Law System, WTO Legal Framework, Dispute Resolution, and Dispute Design System and a Bachelor of Laws from Royal University of Law and Economics (LLB) in 1998.